The Occupy Wall Street protesters claiming to represent the “99 percent” of Americans left behind economically can back up their claims with economic data. In the long period before the most recent recession, from 1979 to 2007, inflation-adjusted incomes of the top 1 percent of households increased 224 percent. Those even better off, the top 0.1 percent (the top one one-thousandth of households), saw their incomes grow 390 percent. In contrast, incomes for the bottom 90 percent grew just 5 percent between 1979 and 2007. All of that income growth, however, occurred in the unusually strong growth period from 1997 to 2000, which was followed by a fall in income from 2000 to 2007. 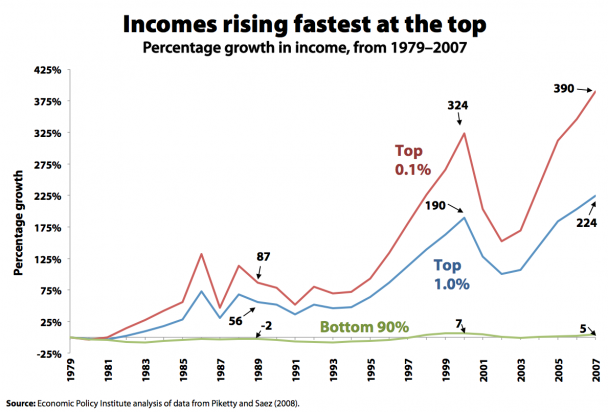