Layoffs in a matter of days? 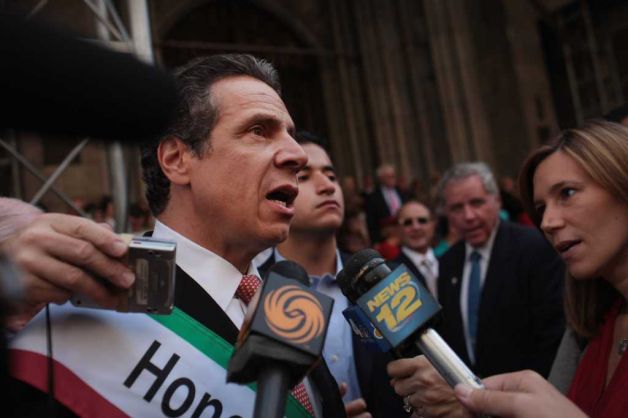 ALBANY -- If the Public Employees Federation does reach agreement on a "tweaked" labor contract with the state, it will have to be ratified by the union's 56,000 members within eight days to avoid thousands of layoffs.

Both Gov. Andrew Cuomo and union officials affirmed Monday that "conversations are ongoing," but a revised proposal acceptable to both sides has still not congealed. PEF members rejected a tentative five-year deal late last month, prompting the state to begin laying off 3,496 workers and prompting a crash second round of talks.

But even if those talks bear fruit, the state will not rescind layoff notices like it did in July, according to Cuomo's spokesman Josh Vlasto.

"No," he said Monday. "The only thing that can stop the layoffs starting Oct. 19 is the PEF leadership delivering a successful vote."

Some agencies are lagging in putting out layoff notices -- SUNY, for example, has still not issued pink slips to any of the 208 employees it is pegged to shed -- but notices for more than 2,200 targeted employees will come due Oct. 19. Vlasto wouldn't speculate as to whether laid-off employees will be reinstated if an agreement were ratified within a few days of the first layoffs.

PEF spokeswoman Darcy Wells confirmed that the union is reviewing its options for quick voting, and was hoping the administration might be somewhat flexible with the layoff deadline. PEF's executive board will meet Tuesday at a private site in the Capital Region.

"We thought we would be OK if we knew where we were going by Friday, but now we're at Tuesday," she said. "It is new territory. Obviously they've been looking at what the options might be. ... Certainly more time is better, but I think there are some options available to us."

It's unclear what those might be. PEF's constitution states only that "ample notice shall be given prior to the ratification vote in order to allow the membership time to review the complete text of the collective bargaining agreement."

More than two months elapsed between when PEF reached a tentative agreement with state negotiators on July 16 and the vote was tallied Sept. 27. Those ballots were sent and returned to members by mail, and counted by the American Arbitration Association. Some labor sources suggested online or telephone voting may be employed.

Cuomo last week suggested he was open to shortening the duration of the contract -- currently five years -- but it was unclear if this would assuage concerns among the union's rank-and-file members. He said any "tweaks" to the contract must be revenue-neutral. The rejected contract was projected to save the state $75 million in the current fiscal year, through unpaid furloughs and higher health insurance contributions.

The sense of urgency is not lost on many PEF members, particularly those who have received layoff notices. Peter Rea, a 50-year-old Delanson man who is a union shop steward at the Department of Transportation, is holding a rally at PEF's Troy-Schenectady Road headquarters Tuesday morning to tell his leaders "We support you, but hurry up."

"We're running out of time. People are getting very anxious and scared that the e-board is not going to have something on the table to vote on," he said. "Without that, we're dead ducks come the 19th. We're out the door."
Posted by Hate Your Boss? at 12:00 PM